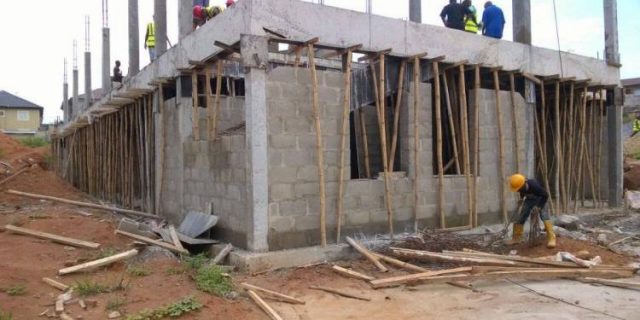 The National Emergency Management Agency (NEMA) has kicked off the construction of 325 houses for communities that were displaced by the 2018 flood in Jibia Local Government Area of Katsina State.

The housing project comprises, clinics, shops, schools security outposts, mosques and other basic and others.

The Director-general of NEMA, AVM Muhammadu Muhammed, made this known during the assessment of the project site recently.

Acccording to him, the project execution would be done in collaboration with the Nigerian Air Force (NAF) through its Work Centre.

Muhammed, represented by the Director, Planning, Research and Forecasts of the Agency, Kayode Fagbemi, said that the  325 households affected by the flood were expected to benefit from the lofty project.

He said: “The National Emergency Management Agency team comprising the federal government implementation team is here for the relocation, reconstruction and resettlement of people affected by flood in Jibia in 2018.

“We had discussions with the Katsina State Government implementation team yesterday (Monday). The president of the Federal Republic has approved and provided the money for it and we have secured a collaboration with the Nigerian Air Force Work Centre.

“So, we are going to work in collaboration with the Nigerian Air Force to ensure that we build 2-bedroom flats comprising 325 houses for the people that were displaced by the flood. There will be clinics, shops, schools and other facilities in the housing scheme.

“Each household is expected to get 2-bedroom flat and we have taken into consideration the suggestion of Katsina State Government to make sure that the cultural practices are included in the design of the 2-bed room flats.

“If not for the COVID-19, we would have gone farther than this, but we hope that within the next short possible time we should be able to put on this buildings. It is a direct labour project, even the people affected will be employed to do some of the labours and it is a kind of cash for work.”

He also added  that the President ihas approved the implementation of a similar project for victims of flooding in Abeokuta, the Ogun State capital.