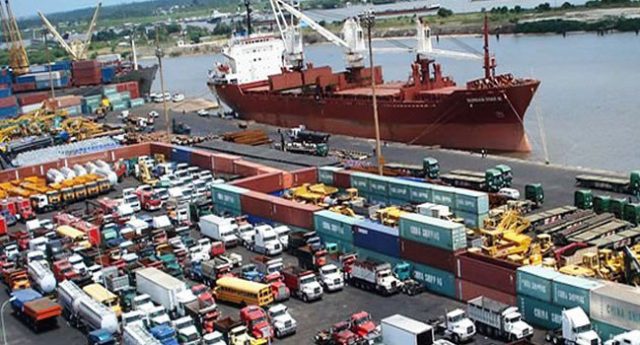 The House of Representatives Committee on Customs and Excise has warned that the lack of scanners at the ports across Nigeria poses threat to the nation’s security.

Chairman of the committee, Leke Abejide, said the unavailability of scanners could aid importation of illegal arms and ammunition, thereby compromising the nation’s security.

Abejide raised the alarm on Tuesday when he led members of the committee on an oversight visit to Nigeria Customs Service formations in Zone C, with the headquarters in Port Harcourt, the Rivers State capital.

The lawmaker lamented that the country had been exposed to possible importation of illegal goods while also losing huge revenue that could have accrued to the Federal Government.

Abejide also decried that the scanners procured for the Customs had been abandoned over the years. He recalled that the equipment was withdrawn from the companies that installed them and given to another company that lacked the technical capacity to maintain them.

The lawmaker stated that the House would carry out a comprehensive investigation of the abandonment, which he said had decayed in various Customs formations across the country.

Members of the committee also expressed shock at the long duration of the abandonment, stating that though there was the need to provide more scanners for the Customs, there was also the need to outsource the servicing.

They asked why the firm that installed the scanners was sacked and another one without the capacity to handle them was engaged.

Abejide also said there was the need to declare an emergency on the roads leading to the ports in the zone, warning that if nothing urgent was done, the current situation at the Apapa ports would soon be replicated in the zone.

The lawmaker stated that the committee would work closely with the leadership of the NCS to remove those he called quack agents operating at the ports.

The Controller, Onne Area Command, NCS, Auwal Mohammed, told the delegation that the zone generated about $136 million from exports within the zone, between 2019 and 2020.

He, however, decried the bad state of access roads to the port as well as poor road network in the country, which he said was hampering export from the port.

Mohammed also said the volume of exports from the zone would increase with good access roads and rail lines linking the port as well as increase in revenue collection, shipsandports.com.ng reports.