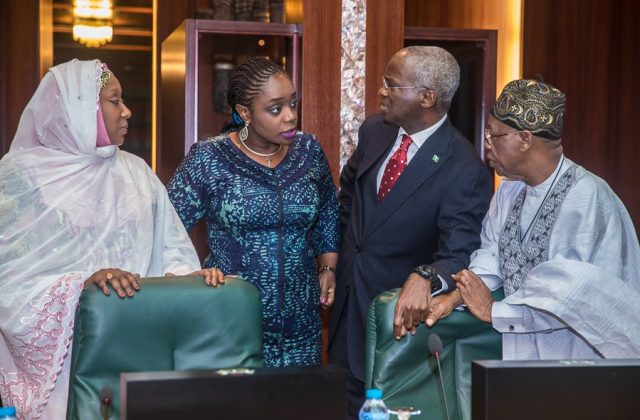 The Federal Executive Council (FEC) has approved the installation of technology monitoring schemes and structures under the Petroleum Equalisation Fund (PEF) for the total sum of N17 billion.

Ibe Kachikwu, Minister of State for Petroleum Resources, disclosed this while briefing State House correspondents after the Federal Executive Council (FEC) presided over by the Acting President, Yemi Osinbajo on Wednesday in Abuja.

He said that the deployment of the automated fuel system management and censor network would ensure 100 percent tracking and monitoring of petroleum products.

“The narrative is that we have all struggled with this whole subsidy payment; how much is consumed in Nigeria; volumes of products moved out illegally and the whole impact on Federation Account Allocation Committee (FAAC).

“The President has given a very serious mandate that we ought to rein in on this process.

“The essence of what PEF is doing is that this will enable us track refined petroleum product movement from the point of LC (letter of credit) opening from the vessels that come into Nigeria, up until the point where there are discharged into tanks in Nigeria.

“It will monitor from the tanks to trucks in Nigeria; monitor the trucks till they deliver the products into the storage tanks for the filling stations and they are discharged and sold.

“So, that will produce a 100 percent holistic monitoring of this production.’’

He said that for the first time, Nigeria would be able to tell how much petroleum products was consumed in this country.

According to him, there has been so much going on in terms of the movement of consumption numbers from over 30 million litres a day to 70 million litres to 18 million liters a day during the difficult times.

He said that the president had challenged him to ascertain what in reality, Nigeria consumed and where the products were going.

Kachikwu said that the process would be able to track every truck.

The minister said that the process was expected for a period of three years, but expressed optimism that within one year, the real effects of the process would begin to show.