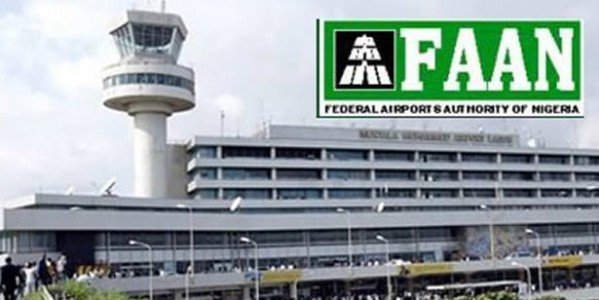 Mr Rabiu Yadudu, FAAN’s Managing Director, made this known at the median landing of the Ethiopian Airline ET939 with crew members to the Port Harcourt International Airport on the eve of Tuesday.

Yadudu, represented by Capt.Muktar Muye, Director, Airport Operations said that the capacity, facilities and location of the airport had indeed accorded the airport a necessary business attraction.

He said that though Ethiopian Airline opted for the Airport, pending the conclusion of repairs at the Enugu Airport, there was every tendency that it could be permanently adopted as it had very good standard facility.

“The move to operate from Port Harcourt is quite commendable, I hope Ethiopian Airline would even after Enugu Airport reopens; incorporate Port Harcourt Airport into its routes.

“For now, the Ethiopian Airline flight schedules would be in Port Harcourt, as long as the Enugu Airport is in repairs and the estimated duration for the ongoing construction in Enugu Airport is between six to eight weeks.

“They would be here for approximately three months and depending on the hospitality they get, I am sure they would rather remain,” Yadudu said.

“For me, I see this business relationship as an answered prayer.

“ We truly need more international operations in the Airport because the current terminal capacity is more than the number of flights at the moment,” he said.

Abayomi, however, said that as part of efforts to attract more international airline operators to Port Harcourt, “the airport presently is undergoing a certification process. “

“We are looking at Dec.23, 2019 for Port Harcourt International Airport to be licensed; such licensing would imply that the airport is in all standard, safe for use.

“This means that the insurance premium for any aircraft flying into the Airport would automatically be reduced, because the airport is in all standard certified safe.

Responding on behalf of Ethiopian Airline, Mr Solomon Mekonnen, the Traffic and Sales Manager of the airline, commended FAAN and the airport management for providing the facility as a quick business alternative.

“We are indeed happy to be here, though the ongoing repairs in the Enugu Airport brought us here today; actually, Ethiopian Airline had a long plan to operate from this Airport.

“Yes, Port Harcourt International Airport has world class facilities, it is new, it is a commercial hub and located in the heart of the capital city of Rivers.

“We have always have a big business interest for Port Harcourt International Airport,” he said