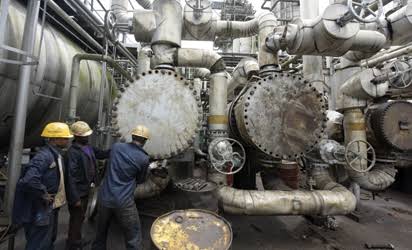 Lagos Chamber of Commerce and Industry (LCCI) has stated that building of modular refineries would not solve petroleum scarcity in the country.

The President of the Chamber, Babatunde Ruwase, stated this during a visit to the Vice-President, Yemi Osinbajo, on Tuesday, in Abuja.

“Modular refineries will never be the answer to fuel scarcity, it will just scratch the problem in the surface and it will come at a more expensive cost.

“Modular refineries can be an intervention thing, but, then, what we are looking at, as a big nation, are large-scale refineries that can produce.

“Modular refinery is just an intervention; what we are saying is that government should allow the private sector to own refineries as Dangote group is doing,’’ he stated.

Ruwase suggested that government should give the existing refineries to the private sectors to revive and produce petroleum products.

He also called for the revival of rails and pipelines to evacuate cargo and petroleum products from the seaports to various outlets.

Ruwase said that the gridlock in the Apapa area of the Lagos port was caused by the use of articulated vehicles to evacuate bulk goods from the port.