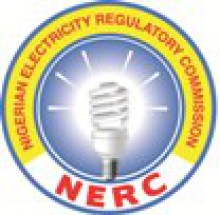 Eko Electricity Distribution Company (EKEDC) says the Nigerian Electricity Regulatory Commission (NERC) has ruled in its favour over encroachment of its franchise area by an embedded power company.

EKEDC Spokesman, Godwin Idemudia, said in a statement in Lagos that the company had petition PIPP LVI Disco Ltd., over encroachment of its network.

According to Idemudia, the NERC order was published on its website on Wednesday.

“The embedded power company has refused to honour invitation by the regulatory commission.

“And having satisfied that the company is still in breach of the terms and conditions of its license, NERC has issued the following orders against it.

“The immediate suspension of electricity supply to the 13 named customers, as this supply is in contravention of the law.

“Others are that the embedded company shall compensate EKEDC for loss of revenue for each day electricity was supplied to the named customers in contravention of the law.

“PIPP is hereby fined, in accordance with Section 75 of EPSRA, the sum of N10, 000 for each day that electricity was supplied to the named customers in contravention of the law.

“The fine shall continue until the date of full compliance with this order,” NERC said in the order.

Idemudia said that the NERC order was a great news for the entire EKEDC team as the company would now have a precedent to use to challenge any subsequent encroachments.

EKEDC wrote a petition to NERC in June 2018 against the Embedded Power Company, PIPP Distribution Ltd., over encroachment of its franchise area.