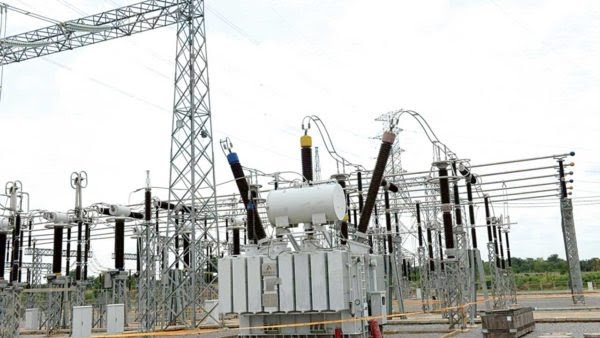 One critical factor that has remained a sore point in Nigeria’s attempt at socio-economic development is the perpetual failure at redeeming the nation’s power sector. Despite the multi-billion dollar investments into the sector over the years, it has remained non-appreciative, persistently a stunted well-fed child.

Over the years, Nigeria’s power generation capacity has fluctuated; hovered on and off between 2,500 megawatts and a bit above 4,000 megawatts. It has continued to defy solution, efforts of successive administrations notwithstanding.

As it continues the flip-flop, all other sectors of the economy, especially manufacturing and other industries, continue to bleed, having to spend millions of naira on alternative power generation schemes, which, undoubtedly, shoot up production cost and ultimately tell on the finances of the final consumers. Government has not rested on its oars in the bid to finally solve the electricity power puzzle, exploring all options to break this seemingly impossible jinx.

One of such interventions was in 2005 when the Federal Government set up the Niger Delta Power Holding Company Limited (NDPHC) to fast-track power sector infrastructure development. The new company was handed a mandate to manage the power projects under the National Integrated Power Projects (NIPP) scheme of the three-tiers of Nigerian government (federal, states and local). It was meant as an emergency intervention scheme to tackle the deficit and expand power sector infrastructure in the country.

The NDPHC was given marching orders to develop 10 power plants with a designed installed and operating capacity of 5,067MW, 102 transmission lines and sub-stations projects and over 291 distribution-injection sub-stations and gas infrastructure with over 22,000 completely self-protected transformers, among other critical projects.

So far, the company has completed about 4,015MW of this designed capacity, representing about 80 per cent of this mandate and has also made remarkable input in transmission, distribution and gas infrastructure.

In power generation, eight of the 10 power plants in the NIPP portfolio, along with associated gas transmission metering/receiving infrastructure projects to support commercial operation, have been inaugurated and connected to the national grid contributing over 22,000,000kWhr of energy daily, subject to availability of gas.

The NPDHC has over 3,000 MW of generation capacity available for deployment if the grid permits and this represents the best opportunity for the rapid improvement of power supply to Nigerian consumers.

Imminently completed ones include 225MW Omoku; 338MW Egbema and 530MW Alaoji steam machines that would wrap up the total available capacity of the plants to 1, 774MW on full completion.

Many of the NIPP power plants on the national grid also provide ancillary services like a spinning reserve to support the system operations, a contribution critical for stabilising the national grid.

NIPP contributions to the transmission grid system have transformed the hitherto radial 330kV/132kV grid into a more robust grid system, with the significant provision of alternative power flow routes which now serve as redundancies and which has resulted in a more reliable and stable Nigerian grid.

Of note in these respects are the inauguration of the over 220km long 330kV Double Circuit (DC) lines providing alternative thermal power into Abuja and the FCT from Geregu, through a new Lokoja sub-station, a new Gwagwalada sub-station into the existing TCN Katampe and Apo sub-stations with several significant expansion work on existing sub-station developments along this route. Another is the remarkable 330kV Transmission backbone that provides several 330kV DC transmission line spurs from power plant zones in Calabar, Alaoji, Afam and Ikot Abasi into a switching hub at Ikot Ekpene. From this hub, long DC lines emanate to flow power from these southern-based power generation centres to Jos and the far North-East through Ugwuaji and Makurdi in Enugu and Benue states.

With the inauguration of about 95 per cent of this grid backbone in November 2016, the Nigerian Transmission Grid bid a firm and final goodbye to the radial grid era and entered into a new hitherto unattainable level of grid security, reliability and stability that has seemed elusive since the commencement of Nigerian grid operations in 1969. The completion of the majority of the balance of works on this grid backbone is fast going on.

The statistics of NIPP contribution to overall transmission system growth and reliability with improvements in transformation capacity is progressively increasing each day as the balance of NIPP Transmission projects are being delivered. The company invested in critical transmission and distribution infrastructure needed to evacuate the electricity generated into the national grid and distribute same to end-users.

The projects NDPHC has executed in that regard include the expansion of 36 Transmission Company of Nigeria’s 330kV and 132kV sub-stations across the country; and the construction of 1,635Km of 330kv Double Circuit lines; 720km of 132kV Double Circuit lines; 10 new 330kV sub-stations; seven new 132Kv sub-stations; 6,150MVA of 330/132kv transformation capacity; 2,800MVA of 132/33kV transformation capacity; and the provision of over 25,000 complete self-protection (CSP) transformers.

In November, last year, the Minister of Power Works and Housing, inaugurated the 12-circuit Ikot-Ekpene 330KVA Switching Station and the associated transmissions lines with a total of about 285KM completed by the NDPHC management.

The projects are now assisting in evacuating into the national grid, electricity hitherto stranded in the Eastern Delta. There was also the inauguration of 330KV Switching Station at Ikot-Ekpene, on Monday, November 21, 2016.

The final lap of the electricity chain is the distribution of power to the eventual consumers. So, in the electricity distribution segment, NDPHC has constructed and inaugurated over 350 injection sub-stations with a combined capacity of 3,540MW across the length and breadth of Nigeria.

NDPHC has further constructed a total of 2,600km of 11kV and 1,700km of 33kV distribution lines for improving access to electricity and quality of power supply to consumers.

The nation’s distribution capacity has also been enhanced by the installation of 25,900 completely self-protected (CSP) transformers all over the country; thereby significantly reducing technical losses. Under the NIPP programme, the capacity of 33/0.415kV and 11/0.415kV has been increased by 26 per cent. The NIPP is designed to increase the number of 33/0.415kV & 11/0.415kV sub-stations by 163 per cent, all the projects are nearing completion.

The achievements and contributions to the nation’s power sector, undoubtedly, put the NDPHC in good stead to continue to power Nigeria’s quest for overall national development. These have proved that the idea behind the establishment of the company 15 years ago has been worth it.

It is hoped that the current and future management will not rest on its oars but continue to fulfil the mandate of NDPHC as Nigerians look up to it for more successes.

CULLED FROM THE NATION 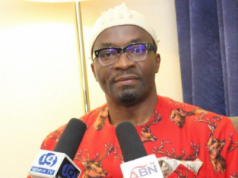 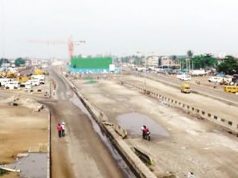 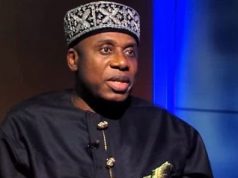