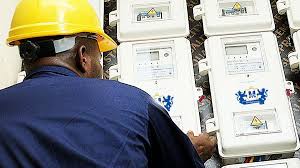 Electricity consumers in the country paid N258.91 billion for electricity in the first seven months of 2022, latest report from the Nigeria Bulk Electricity Trading Plc, NBET, has shown.

The report showed that the amount was, however, N194.4 billion short of the N453.31 billion invoiced for electricity supplied over the period.

NERC had on July 1, activated a partial Power Purchase Agreement, PPA, with generation companies, GenCos, for the supply of 5,505 Megawatts of electricity for peak generation and a base load of 4,893MW.

The move is part of efforts by the government to improve electricity supply. The agreement guarantees payment for gas supplied to the GenCos by gas companies and also ensures that the generation companies are paid for power supplied to the national grid.

The new partial power purchase agreements mean that all the 25 power generation plants on the grid now have an agreement in place to generate a certain amount of power and get paid for it.

Checks on power generation data released by the National System Operator, NSO, a unit in the Transmission Company of Nigeria, TCN, showed that the grid hit a peak generation of 4,718.8 Mega Watts on Saturday.