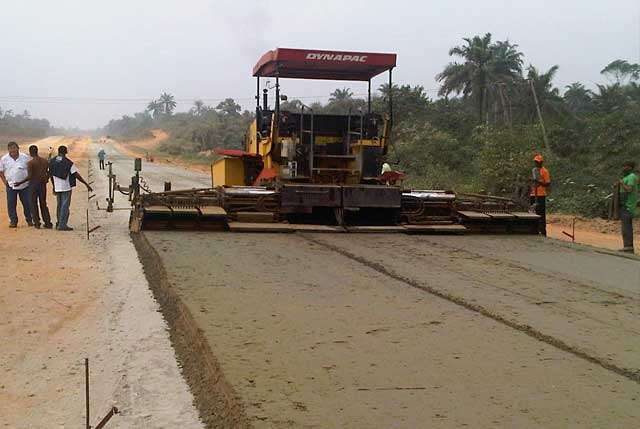 Dangote Group has announced that the 44km Obajana-Kabba concrete road in Kogi, which links the North and South, would be delivered in December 2018.

Chiejina said that the road project was part of the Corporate Social Responsibility (CRS) of the Dangote Cement Plc.

“We assured journalists on tour of the project at the weekend that there is nothing to worry. We will deliver the 43km rigid pavement by December,’’ he said.

According to him, the Project Manager,  Akhimienho Emmanuel, said that the road was expected to last more than 50 years.

Chiejina noted that traditional and community leaders praised the President of the Dangote Group, Aliko Dangote, for bringing “this massive road project to their land’’.

He said that the Bajana of Obajana Land, King Idowu Senibi; the Traditional Head of Akpata Land, Frederick Durojaiye Balogun; and the King of Okebunku Land in Kabba Bunu Local Government, Timothy Omonile; all praised the project that brought relevance to their kingdoms,’’

Chiejina noted the excitement of road users on the axis, who said that the construction had brought succor, removed hardship faced in the area and improved commercial activities.

He said that some road users called for universal adoption of concrete roads construction in the country to deal with road collapses and failures across the nation.

Chiejina recalled that as part of its CRS, the Dangote Group had earlier commissioned the 26 km Itori-Ibese Concrete Road, where it received accolades from the Minister of Power, Works and Housing, Mr Babatunde Fashola.