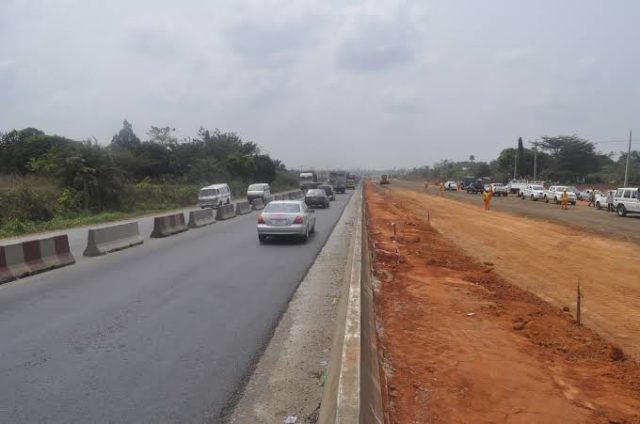 The Federal Ministry of Works has lamented that the continuous presence of trucks on the Ogere section of the ongoing Lagos-Ibadan Expressway project is affecting new construction work on the highway.

The disclosure was made by the Coordinating Director, Highway Construction and Rehabilitation, Federal Ministry of Works and Housing, Funsho Adebiyi.

He said this during an inspection tour of the ongoing Lagos-Ibadan Expressway rehabilitation and reconstruction project recently.

He added that the Federal Government is committed to deal with the issue of trucks constituting menace on the road.

Acccording to him, aside the weight of the trucks which causes quick degeneration of the road, the the trucks also cause explosion on the roads.

He noted that the the Federal government would meets with relevant stakeholders from Oyo, Ogun and Lagos states on the issue.