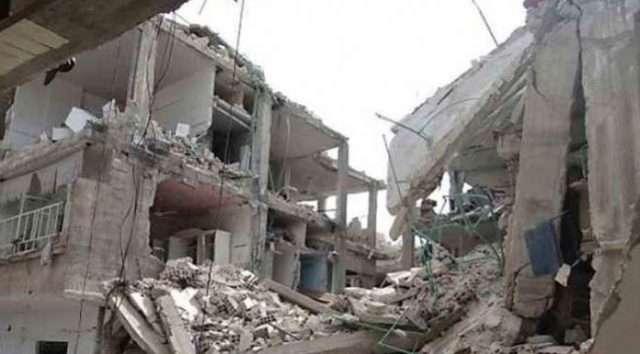 The Nigerian Society of Engineers (NSE) has stressed the need for all levels of government to enforce building regulations and necessary legislations to mitigate issues of building collapse in the country.

The NSE president, Mr Adekunle Mokuolu, said this on Thursday in Lagos during the August Breakfast meeting of the Nigerian American Chamber of Commerce (NACC).

The meeting was themed: “Building Collapse and the need for re-certification.’’

Mokuolu said that the re-certification of buildings was necessary to ensure they conformed to the purposes they are being used for and the building plans suitable for the locality where the buildings are situated.

“This, no doubt, could be a proactive or preventative step in curbing incessant building collapse in the country,’’ he said.

Mokuolu said that government should also ensure that only structural drawings prepared and endorsed by registered structural engineers are approved for construction.

He urged the government to upscale the capacities of their staff and equip building approvals and control agencies with experienced professionals to enhance safety and sanity in the construction industry.

According to him, building collapse in Nigeria has become a regular occurrence, that results in casualties, material losses, financial wastages and severe property damage.

He stressed that the government should ensure that property owners and developers whose property werer not covered by valid building approval plans should regularise such property after ascertaining the structural stability of the buildings.

The expert said that such qualitative structural assessment would reveal inherent dangers and the havoc that was associated with existing defective buildings.

He stressed the need for state governments to implement an integrity audit of all old structures within locations where previous collapse had been recorded.

“The Process of Certification and re-certification of old and existing structures should not be a “righteousness fulfilling approach” anymore. We must put practical and feasible enforcement around it all,” he said.

He charged all professional bodies in the construction industry to embark on sensitisation campaigns for the public to create awareness on the evils and risks of using unqualified persons for construction.

Mokuolu emphasised that stiffer penalties should be placed on owners of collapsed buildings and project handlers in the country, especially where loss of lives was involved.

He said this would serve as a deterrent to the practices of some carefree developers in the country.

He stressed that enforcement of law to achieve standardisation was key, adding that government agencies should make the processes less cumbersome.

“For every collapsed building, the footprints of destruction of lives and loss of properties in locations where they occur, mostly in the urban cities of Port Harcourt, Abuja and Lagos, are usually undesirable,” he said.