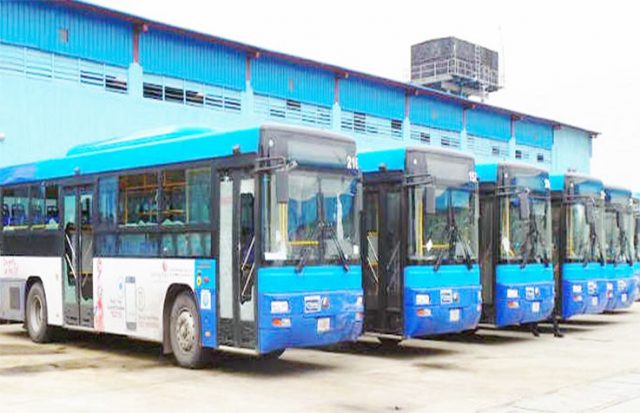 The operator of the Bus Rapid Transit (BRT) in Lagos, Primero Transport Services Limited, has revealed the plan to acquire 50  more buses before the end of the year, to reduce the waiting time of commuters at bus stops in the state.

The Managing Director of the firm, Mr Fola Tinubu, told newsmen  that the firm was committed to making life easier for commuters.

According to him, the firm engages 300 buses daily to serve residents of the state in ensuring that they reach their destinations on time.

He said efforts were, however, being made to improve the services and that part of such efforts was to increase the number of buses engaged from 300 to 350 daily.

“We roll out 300 buses each day, and we intend to add another 50 buses to make life easier for people.

“We have done a lot in fulfilling the goals of the scheme and we are constantly working to improve our services. We will not fail or disappoint the teeming commuters in Lagos who rely on our services,” Tinubu said.

He said that the company was committed to reducing the waiting time at bus stops to a maximum of 10 minutes and did not want anyone to be stranded at bus stops.

The managing director said that the company had good maintenance mechanisms for its buses, which made many of them, though four years old, to be looking new.

Tinubu said the firm had 600 drivers aside other staff on its payroll.

The drivers, he said, undergo quarterly training to provide the best of services to the people.

He said this had become imperative to ensure commuters at bus stops and onboard were safe and secure.

According to him, the company has zero tolerance for any form of misbehaviour, disregard to safety, speed, recklessness and use of drugs or alcohol by its drivers and other staff.

He said that those who had been caught in such acts had been shown the way out of the firm.

“Our rule is that no driver should engage in drugs and alcohol, and we check randomly for this.

“No driver, not even me, knows who will be selected for the daily drug test. We do this to further strengthen safety onboard,” he said.

Tinubu commended the Lagos State Government for its efforts to stop commercial motorcyclists and other road users from encroaching into the BRT dedicated lanes.

He assured commuters that the company would continue to improve on its services and mitigate their suffering in terms of movement from one destination to another in the state.