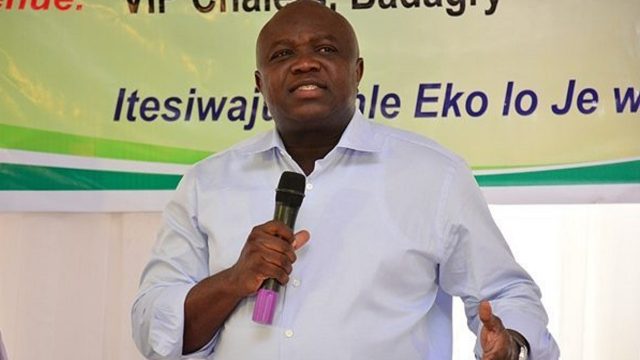 Easier access to healthcare in Lagos for those living in Ikeja and its environs would be better enhanced at Lagos State University Teaching Hospital (LASUTH).

Governor Akinwunmi Ambode of Lagos on Wednesday inaugurated a road connecting the premises of LASUTH and Mobolaji Bank Anthony Way in Ikeja.

The governor was pleased with the timely completion of the road project, noting that the road was designed for faster access to health care services to save lives. The 400 metre-long road was designed with street light and drains.

Ambode also inspected work on the LASUTH Maternity Hospital popularly known as Ayinke House, ordered contractors handing the project to complete it in the next six months.

Ambode expressed satisfaction that another access road to LASUTH was constructed after more than three decades.

“We believe strongly that the major cornerstone for the growth of the economy of Lagos actually lies in the hands of all of you here because if we do not have a healthy state, we cannot have a productive economy.

“That is why we decided that we will pay greater attention to the health sector,” he said.

Ambode commended the management of the institution and gave the assurance that his administration would continue to implement policies and projects to develop the health sector.

Chief Medical Director of LASUTH, Adewale Oke, commended Ambode for his commitment to the health sector.

Oke said that the Akinwunmi Ambode administration had executed several projects in the institution.

“This is a dream come true. For many years, we had a problem with movement of patients into the hospital.

“Sometimes, they are in the ambulance for 15 or 20 minutes before they can get in, but this road has solved that problem.

“It is going to save our patients, it is going to make access to the hospital very easy even for the workers.

“It is beautiful,” he said.

Babatunde Sholagbero, Provost of the Lagos State University College of Medicine, expressed satisfaction that the Administration fulfilled its promise of completing the road project.