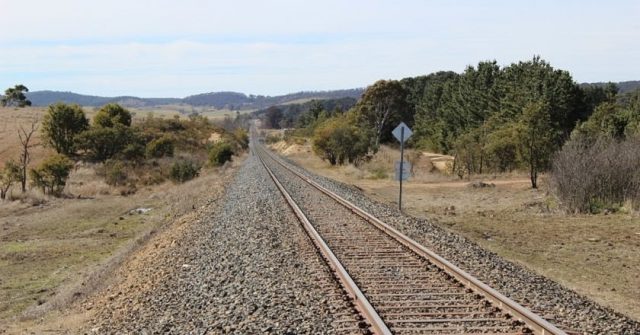 The Federal Government announced on Thursday that it has  signed a 3.9 billion dollar agreement with the China Railway Construction Corporation (CRCC) for the construction of the Abuja-Itakpe railway.

The Minister of Transportation, Mr Rotimi Amaechi announced this in Abuja on Thursday.

According to Amaechi, all the railway activities in Nigeria are handled by the China Civil Engineering Construction Corporation (CCECC).

The minister expressed hope that the project would be speedily completed by the company.

“The signing ceremony that we have today is the first PPP railway agreement for Abuja-Baru-Itakpe and Lokoja and it is between Nigeria and CRCC.

“The agreement is supposed to be 15 per cent Nigeria equity and 10 per cent CRCC equity and then we borrow 75 per cent as SPV from the Chinese bank.

“Part of the agreement is that CRCCI will provide us with a performance bond from their bank before we give a sovereign guarantee for them to be able to borrow the 75 per cent.

“There is a concession agreement that CRCCI will manage both the railway and the seaport and recover the 75 per cent and pay the money.

“So, the entire railway for now in Nigeria is constructed by CRCC. I think that the good working relationship we have had with CRCC is the reason we have not been able to engage other companies,” Amaechi said.

On the Ibadan dry port, the minister expressed displeasure that work had not been completed and called for the completion of the project.

He also urged the CRCC to ensure it commenced work on the Abuja to Itakpe and Warri seaport rail line.

“You were pushing us to approve and now we have but you are not on site; there is a need for CRCCI to go to site.’’

On funding for the project, Amaechi restated that majority of the funds would come from the Chinese government.

The minister urged more collaboration with the Chinese, especially CRCC and CCECC to improve the capability of Nigerians in the sector.

“There is a need to instruct both CCECC and CRCCL to realise that we need to localise the technology and we need local participation of both Nigerian engineers and contractors.

“That’s why we emphasise on the universities we are asking you to build; we are expecting that not only will you build you will provide us with lecturers until we can train our own lecturers.

“Just like we are holding CCECC on issue of manufacturing at Kajola, for which we have awarded them the contract of about 500 million dollars to build for us rolling stock for Lagos-Ibadan.

“We will also resume conversation with CRCC on the issue of manufacturing railway components in Nigeria,” Amaechi added.

Meanwhile, the Vice President, CRCC, Mr Wang Wenzhong reiterated the commitment of the Chinese government to Nigeria, pledging to continue to support development efforts in Nigeria.

“We are going to provide our resources to assist in the development of Nigeria,’’ Wenzhong said.