Home Transport Buhari’s govt to connect all state capitals in the South East by... 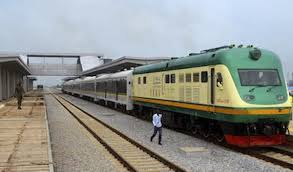 As part of his determination to boost infrastructural development in the South East zone of the country, President Muhammadu Buhari will perform the groundbreaking ceremony for the Eastern rail corridor on March 9,

Transportation Minister Rotimi Amaechi said this during his routine inspection of the Lagos-Ibadan Standard Gauge in Ibadan, the Oyo State capital.

The Eastern line is the nation’s second most viable line, after the Western line (Lagos-Kano), transversing Port Harcourt to Maiduguri, the Borno State capital.

Acccording to Amaechi, Buhari had also approved, in principle, the construction of two new spurs (branch lines) from Enugu to Abakaliki, the Ebonyi State capital, and Awka, the Anambra State capital, on the Eastern corridor to ensure that all state capitals in the Southeast are connected by rail.

He also said the Federal Government was planning e get  loans for the Lagos-Calabar coastal rail project.

According to him, the Federal Government is waiting for the approval of the loan by the Chinese Government to begin the construction of the Ibadan-Kano rail line.

Speaking on the Lagos-Ibadan rail project, Amaechi said he had spurred China Civil Engineering and Construction Company (CCECC) to deploy global acceptable safety and security standards for the project.

The minister directed that an effective central cooling system be installed in all the major train stations on that route.

On the continued obstruction of the rail line into Apapa, he ordered the Nigerian Port Authority (NPA) to punish errant truckers obstructing speed train construction into terminals inside the port.

The minister added that to promote rail freight services, President Buhari had approved that a certain category of tonnage should use the rail system.

According to him, the directive has not been implemented as there are no viable alternatives yet to what subsists as the rail lines into Apapa is yet to be completed.

During the inspection, the Minister took the train to the completed southward 8.72 kilometres of the Apapa Port Spur Line end of the Lagos-Ibadan rail line where he expressed displeasure at what he called the outrageous number of Trucks parked on the rail tracks, making construction work difficult.

On Amaechi’s entourage were the Permanent Secretary in the Ministry of Transportation, Dr. Magdalene Ajani; Chairman of the NRC Board, Ibrahim Alhassan; Managing Director of the NRC, Fidet Okhiria; Acting MD, TEAM, Francesco Fiermonte, and some directors in the ministry.

Also, Amaechi has said the Federal Government had extended the Lagos-Ibadan Modernisation Project from its original terminal at Ebute Metta to the Lagos Ports.

According to him, this is to allow for massive freight movement and free up Lagos roads.

The minister said this at the weekend while addressing reporters after inspecting the three mega stations and seven minor stations of the newly constructed standard gauge railway in Ibadan, The Nation.